This has been a long time coming, but I intend to restart sharing thinking about work I’ve been doing in projects around the world! I am part of a Sheffield Hallam, British Council project for the Indian Institute of Science Education and Research in Pune. The idea is to work with teachers of undergraduate science and maths to develop tasks requiring problem solving skills in settings of genuine benefit. The problem with maths, is that the problems are frequently unrealistic or too simplistic. One of our co-tutors wrote to ask my thoughts on this … END_OF_DOCUMENT_TOKEN_TO_BE_REPLACED

It is with envy that some mathematics educators in England look to our colleagues in the Netherlands where the Freudenthal institute has generated a rich, coherent research debate which has been widely implemented in schools. Realistic Mathematics Education offered the antidote to the formalism of the New Maths based on Hans Freudethal’s view that mathematics was not pre-formed. He said; “… the global structure of mathematics to be taught should be understood: it is not a rigid skeleton, but it rises and perishes with the mathematics that develops in the learning process. Is it not the same with the adult mathematician’s mathematics?” So it is very sad to hear that the Commission for Examinations in the Netherlands is considering banning graphing calculators from public examinations. What is it that a calculator does that could be damaging to mathematics developing in the learning process? A machine can do only what a machine can do. If mathematicians continue to fulfill an important role, then clearly they must be able to things that machines cannot do. In his 2001 novel, Uncle Petros and Goldbach’s Conjecture, Doxiadis’ eponymous mathematician dismisses any process a machine could do as ‘shopping maths’. That of course includes anything a computer algebra system (CAS) could do.

So, learners of Freudenthal’s mathematics should have access to the tools to do the shopping maths, to free up the thinking space to engage with real mathematics; solving problems, generating conjectures, developing proof. These are the art of mathematics, not the mechanical grind. Godfrey Hardy acted as the foil to Ramanujan’s genius, but in the ‘apology’ he makes clear how well he understood that Ramajan’s ability for finding extraordinary new relationships that only he could see, was the real mathematical gift. Getting it into a publishable state was the routine work for afterwards.

The excellent Project Euler takes as it’s premise that mathematicians will have access to a high level programming language (Python, which naturally has a powerful CAS) to engage with problems in number theory. The wonderfully named https://brilliant.org/ designed for potential International Maths Olympiad candidates has a whole section of problem solving requiring programming (and hence CAS) available.

Having a machine capable of high level mathematics available in a public examination in mathematics forces examiners to take a considered view of what the maths is that they are examining. It prevents them from asking students to replicate what machines can do and focuses their thinking on the maths that matters. The maths that Hans Freudenthal was so keen to preserve in the Netherlands, against the onslaught of formalism.

This sad situation was brought to my attention through the English translation of a response by Erik Korthof to an advert for the new HP Prime graphing calculator. He suggests that the absence of graphing calculators in the past allowed the construction of ‘proper exams’. The task of mathematics education should not be to make the lives of examiners easy. Clearly, asking a student to complete a mechanical task that would be simply done by a machine is very simple. To construct a question knowing that the student has access to such a machine is hard. Specifically so, because the question must demand genuine mathematical thinking and that puts great demands on examiners. In the UK, the most progressive mathematics education project (MEI) for A Level students (age 18) have just had their first cohort complete an examination module with a CAS calculator available. The result is thoughtful, highly mathematical questions of exactly the type University maths courses are excited to see. The link will take you to their answer to Erik Korthof’s question: “Is secondary education served with a Computer Algebra System?”. Clearly they answer a resounding yes and MEI are major players in the future of maths education in England.

As I’ve said elsewhere the existence of tools like HP Prime which allow access to powerful mathematical visualization and calculation tools in the classroom liberates students from the mechanical processes that prevent them thinking deeply about the mathematics. Certainly there will be many lessons where the calculators are put firmly away and students will learn and practice these mechanical processes, like drawing graphs and manipulating algebra, not only because they need to see how they work, but also to give them a better feel for the outcomes. Happily teachers are sophisticated enough to manage this. They can also find secure ways to use exam modes to ensure devices adhere to local regulations. Schools are expert in this. These logistical issues should not be used as an excuse for not allowing students the tools that professionals have access to and reducing what is called maths in schools to a collection of mechanical processes. Especially not from the birthplace of RME and the beautiful, powerful view of mathematics presented to the world by Hans Freudenthal. 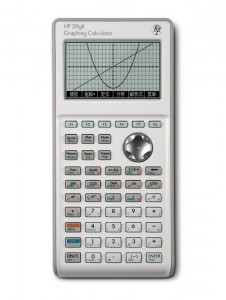 It is exactly what you would want if you have been using HP39/40GS or a TI84 or a Casio FX9750 and you are ready for a really fast processor, tons of memory, a grey scale hi-resolution screen and batteries that last forever. The HP39/40GS series is a classic graphing calculator with a very smooth operating system built around apps all of which are controlled by the three ‘multiple representations’ keys … symbolic, plot and table. The HP39GII works in exactly the same way, so you know straight away what to do. But everything works really well. On the home screen calculations can be shown in textbook display with quotients and indices shown correctly. Divisions are shown fraction form where needed and an approx key comes up which converts to a decimal approximation. The graphing screen is superb. Clear smooth lines, clear dark axes and subtle grey grid lines. Pressing the + or – keys zooms in and out. Everything happens really fast. END_OF_DOCUMENT_TOKEN_TO_BE_REPLACED

Just before Easter I ran a session for the A Level mathematics groups in the Harris Academy group in South East London. I can tell you it was pretty daunting in the small hall, but with something like 120 sixth form students, who had chosen me over another talk, about options, I think. However, can I publicly thank (a) the teachers at Harris Crystal Palace who invited me and most especially (b) the students who attended for reminding me what fun it is to talk about maths to young people. I’ll be applying for a teaching job again, next … END_OF_DOCUMENT_TOKEN_TO_BE_REPLACED 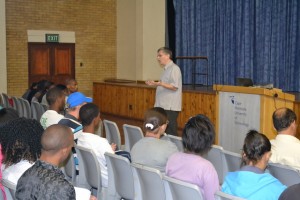 task, although the government’s commitment is clear having one of the highest proportional spends on education anywhere in the world. The universities I visited are excellent examples of that move to change and I was delighted to work with really enthusiastic students and teachers. END_OF_DOCUMENT_TOKEN_TO_BE_REPLACED

We are at the point in our PGCE course where the students get a set of sessions about A level mathematics. It is clear where there is a correspondence between either a strong view of the importance of mathematics as a subject or that A level mathematics can be taught using an open and exploratory pedagogy, then teachers choose the MEI exam for their students. Others are put off by the idea that it may be ‘harder’. What that really means is that it is more mathematical. It requires some thinking, rather than rote practice. The real question is: what will these students be moving on to next? A degree in mathematics is clearly benefitted by working mathematically and a degree in science or engineering is at the heart of the purpose of MEI. It remains a beacon of opportunity for teachers to actually teach their subject. In my experience, entirely in inner city comprehensives, this is always to the benefit of exam results as well as the right thing to do.