This has been a long time coming, but I intend to restart sharing thinking about work I’ve been doing in projects around the world! I am part of a Sheffield Hallam, British Council project for the Indian Institute of Science Education and Research in Pune. The idea is to work with teachers of undergraduate science and maths to develop tasks requiring problem solving skills in settings of genuine benefit. The problem with maths, is that the problems are frequently unrealistic or too simplistic. One of our co-tutors wrote to ask my thoughts on this …

The issue is that teachers of mathematics are so fixed in their need to teach some specific mathematics that all they can ever do, is invent some ‘story’ that fits the mathematics they want to teach. In applied mathematics, the solution is led by the application. The mathematics is not fixed and will keep changing. So the vital issue is to start with a real problem that someone really wants to solve. You may have to accept that the mathematics that ends up being used is not necessarily what you wanted to teach.
Probably the best situation is for mathematicians to find a group of scientists who already have a genuine problem and work with them. The vast majority of the RBPTs created by participants at the workshops would have benefited from much better design and analysis of the data. Claims were being made e.g. of the relationship between certain diseases and certain things found in rivers. This needs good statistics. NOT finding a simple correlation and saying that therefore one is caused by the other. On the same subject, flow rates in water courses generate problems needing differential equations as for examples would traffic management problems.
I saw an RBPT on nano technology. The issue of orders of magnitude was very clear. For example we did an experiment with waterproof sand (yes, seriously). This is grains of sand covered in a polymer coating one nanometere thick. What is the relative size of the sand grain to the polymer? Making serious calculations at the nano level of sizes requires some complex handling of numbers. But again – the application must lead.
Finally Space technology requires sophisticated mechanics and calculus and of course India is a world leader. Differential equations are needed to model rocket speed/time trajectories and escape velocities, so a nice RBPT would be to design a satellite flight path to put it onto successful orbit.
So: (i) wean the mathematicians off starting with their bit of maths and onto finding an interesting problems and (ii) force them (!) to work with scientists who already have the problems and need some help with the maths.

Here are examples of three different tasks and the groups who produced them. 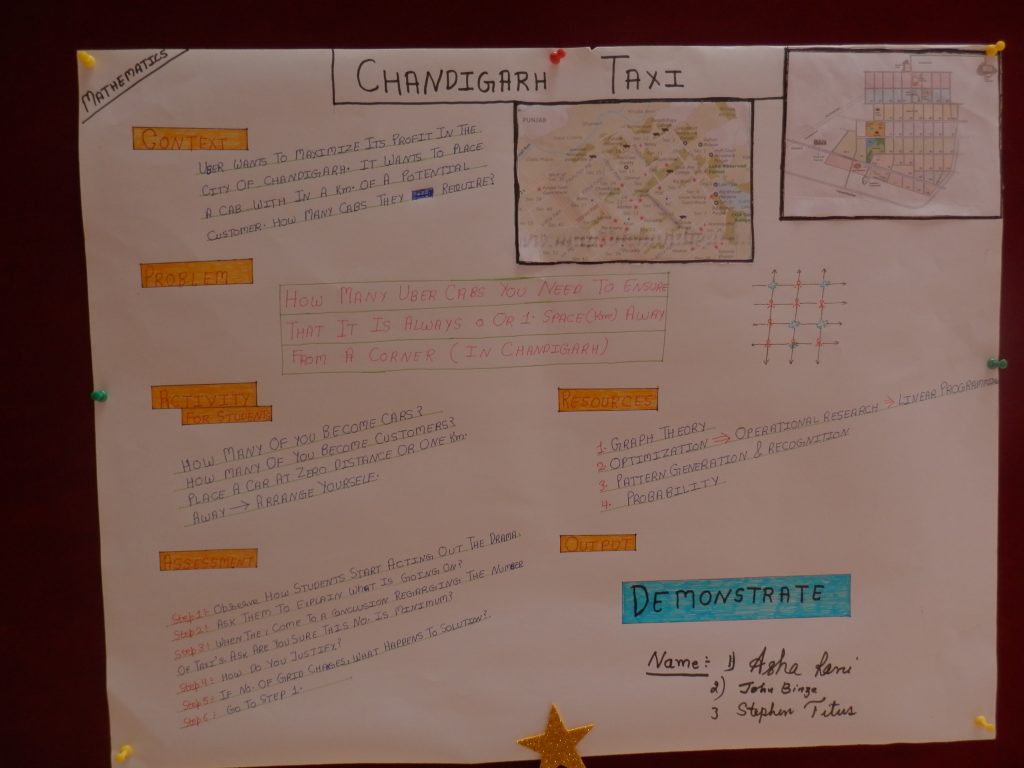 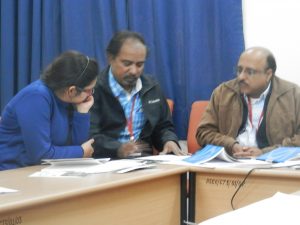 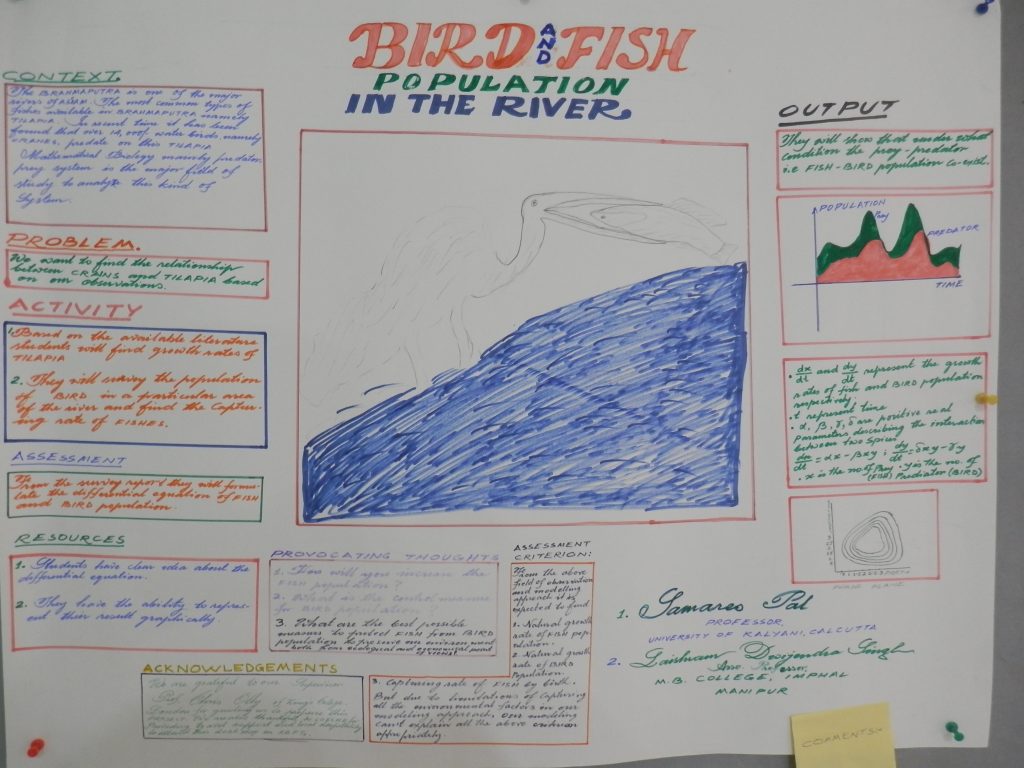 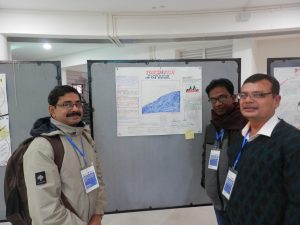 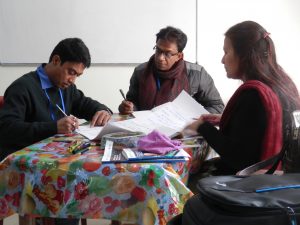 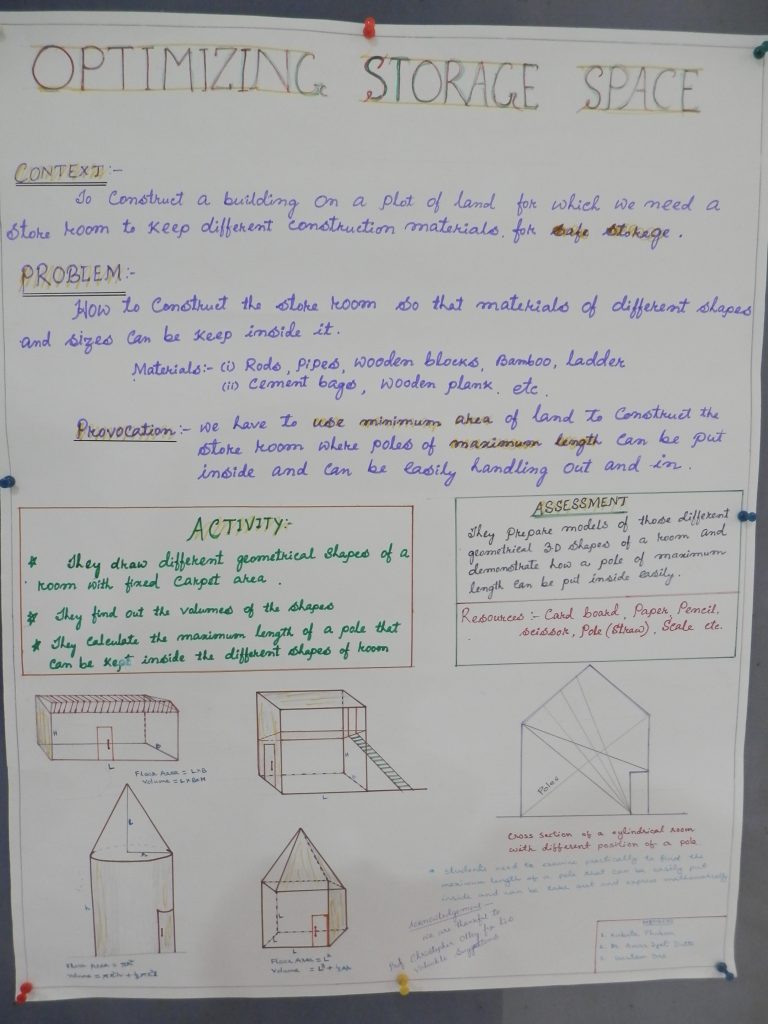